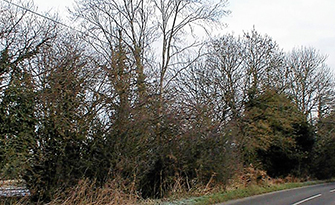 On 11th July 2001, the Claimant, Mr Gary Poll, was riding along Old Wells Road, Mells, Somerset, on a motorcycle when one of four stems fell from a maturing hedgerow ash tree, with which he collided, causing him serious injuries.  There was an included bark union where the failed stem joined the base of the tree and there was also a fungal bracket beneath the stem that fell.  The weak union was not visible from the road because of thick vegetation, but it would have been possible to discover it by approaching the tree.  In the judgment of 1st May 2006, the case was found in favour of the Claimant.