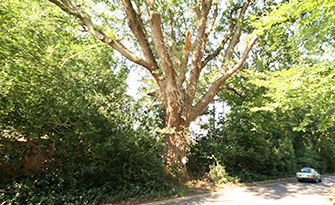 On 12th August 2007, the Claimant’s partner was hit by a large branch that fell from a mature oak tree just after he left his car, having parked beneath the tree, causing him fatal injuries.  The tree had extensive ivy covering it and was not part of a formal checking regime.  The branch that failed had internal decay, but this was not visible from a ground-based visual check.  In the judgment of 20th October 2010, the case was found in favour of the Defendant.